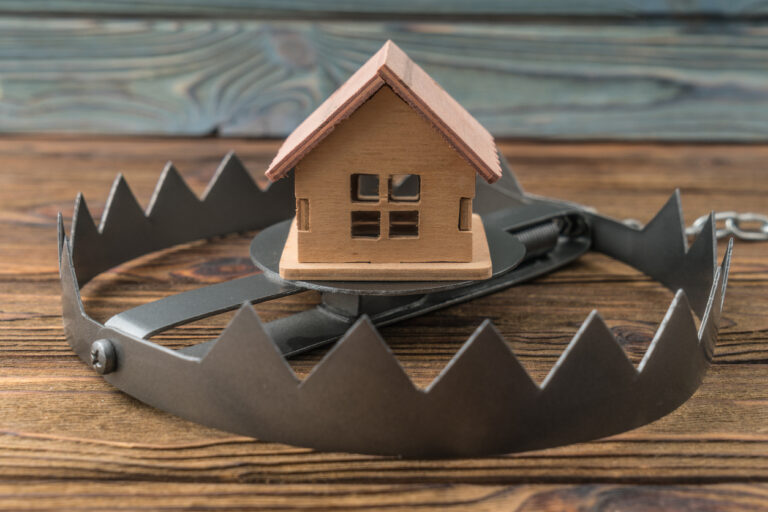 Article written and provided by Neil Jenman from Jenman.com.au . To see the original source of this article please click here. https://jenman.com.au/beware-the-under-bidders-trick/. Neil Jenman is Australia’s trusted consumer crusader. He can support you, all the way, from choosing an agent who will get you the highest price guaranteed to when your removalist comes! You get an unprecedented level of total support. All for free. To find out more visit jenman.com.au

There is a new trick in the real estate world and home sellers need to know it.

When you want to sell your home, you can be sure of one thing – you’ll be the most popular home-owner in your street as agents fall over each other to persuade you to choose them.

Right now, you need to be aware of the latest persuasion trick to entice sellers to sign-up with an agent. Other tricks, like promising a high price and offering a low commission, are old hats. Agents need something new. And some have found it.

It’s the ‘under-bidders’ trick and it goes like this:

Agents will tell you about their huge success at recent auctions. They will say they had dozens – sometimes hundreds of buyers – interested in one home. At the auction, the home was sold for a phenomenal price, way beyond expectations. Of course, only one buyer bought the house.

Which means dozens of buyers missed out. These buyers are red-hot. They are cashed-up. They are willing to pay big money. They could be perfect for your home.

Do you see where this is going?

Do you feel tempted?

Those past sellers forked out thousands of dollars for advertising costs. Plus, they had to endure the stress of an auction.

But you can likely avoid that.

Once you sign-up with us, we can bring you all those other bidders – yes, all those hot buyers who are cashed-up and just waiting to find a home like yours.

This means you can avoid those nasty advertising costs. Yes, those poor suckers who paid thousands of dollars to attract hundreds of buyers (when they only needed one), can also pay for the costs of selling your home. How cool is that? Using someone else’s money for your own benefit – agents are masters at that game.

But now these buyers are just waiting for your home. We, the agents, have their details. As soon as you sign-up with us, we will bring them to your home and, presto, you get a huge price without the huge costs of advertising or the stress of an auction.

As you are about to sign-up, you might be given the ‘Pretend Auction’ pitch – that’s where you set an auction date with no intention of having an auction. “We just need to attract the crowds and create a sense of urgency,” says the smooth-talking agent. “But don’t worry, the way the market is going now – with all these surplus buyers – your home is sure to be sold long before the date of the [pretend] auction.”

But then things change.

Once they have ‘got you’, the agents move to the next phase. To ‘get you’ even more.

But what about those under-bidders you were promised?

Yes well, they seem to have disappeared. They have bought something else; they are not returning calls, or they have just, well, vanished.

Without those buyers you were promised, you will now be asked to fork out thousands to find more buyers.

Even if you feel a fool, what are you going to do? The agents have signed you up for months. You can’t go elsewhere. Even if you were misled into signing-up.

This under-bidders trick is common these days.

Recently, one of our sellers was approached by a smooth agent. He gave them the spiel about lots of under-bidders. He said their home should be sold in a month. Fortunately, the sellers said they were using Jenman Support. They told him to call us.

When we spoke to the agent, he admitted his motive was to sign-up the sellers, then ‘switch’ them and have them pay $20,000 (yes, twenty thousand!) in advertising costs and then “screw them down” at the auction. When we asked about the likely selling price, he replied, “They will get the price they deserve.”

Naturally, we told the sellers to forget that agent.

So, how can you protect yourself from being caught by the ‘under-bidders’ trick?

Be strong. Make it clear that the only reason you will sign-up is because the agent has told you that he/she has many “buyers on their books” who may be interested in your home.

If true, the agent will be able to show your home to all these buyers within a week, two at the most. Therefore, you should sign-up with agent for a maximum of two weeks. If you want to be exceedingly generous, maybe you can sign-up for three weeks.

But that is all.

Why would an agent want you to sign-up for three or four months if they have got plenty of buyers on their books likely buy your home?

If the agent baulks at being granted a three-week selling period, you can be certain the ‘under-bidders’ pitch is simply a ploy, a variation of one of the oldest tricks in selling – the bait-n-switch. Bait you with a false promise, then sell you what they always intended to sell you.

Plenty of sellers are now being given the ‘under-bidders’ pitch. But we can’t find one for whom it has worked. In cases that have come to our notice, the ‘under-bidders’ have disappeared after the sellers signed-up with the agent. The agents then suggested (demanded) that the sellers fork out thousands of dollars for advertising.

Which is what the agents intended all along.

If it sounds too good to be true…. well, you know the rest.

If you need a trustworthy agent, please contact us on support@jenman.com.au or call us anytime on 1800 1800 18.